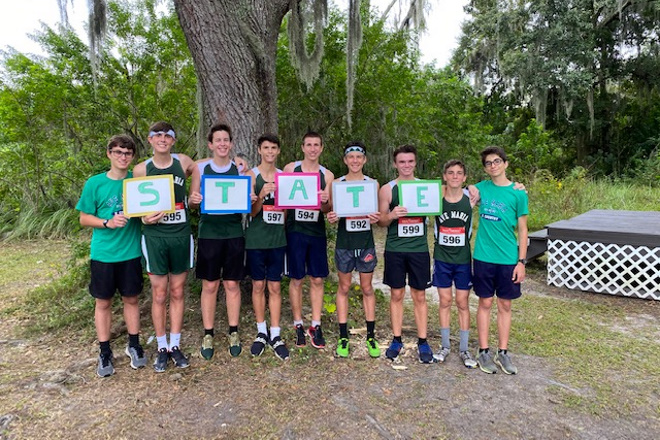 The high school at Donahue Academy has 86 students. Yet, with such a small student body, it sent not one, but two teams to Championships this past week.

The Boys Cross Country Team, coached by Mr. Graham, flew through the Regional meet in Lakeland on November 4th to secure a spot at the State Championship on November 12th at Apalachee Regional Park in Tallahassee. This is only the third year of the High School team and is their first appearance at the State level. Our team is: Leo Borjon, Joseph Cooper, Winston Fairchild, Ben Freeze, Andrew Graham, Stephen Hart, Dominic Jahnke, Cameron Millward and Dominic Williams.