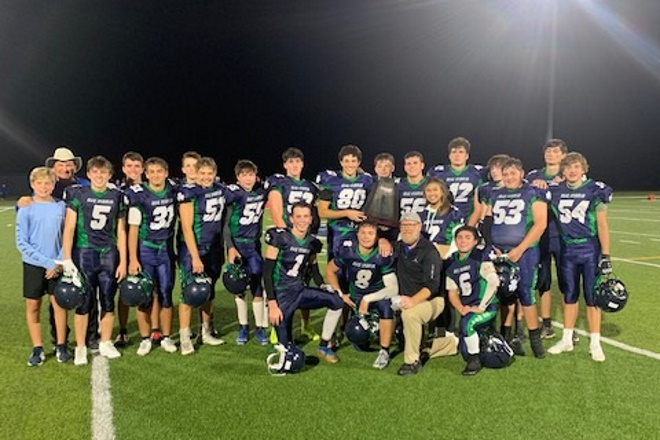 It was a great game and in the end, Donahue Academy won the title 28-18 over Canterbury School from St. Petersburg.

This is quite the accomplishment for any team and is especially surprising given that more than half the team is underclassmen and only one player is a senior.

The football championship happened the same day as our Boys Cross Country team was competing at the state competition in Tallahassee. Although we were the smallest school there, the team finished 18th overall and Sophomore Leo Borjon finished 20th individually!

Our parish school’s athletics program has a bright future ahead of it.

The entire school took part in a friendly canned food drive competition for the Guadalupe Center in Immokalee and raised a lot of eyebrows with the results. Not only did WalMart stay open for two extra hours to let students complete checkout, some families weren’t able to find enough canned goods so they donated rice, pasta, ramen and other non-perishable food items. In the end, though our school-wide goal was 2,000 cans, we had more than 6,000 cans worth of food donated!